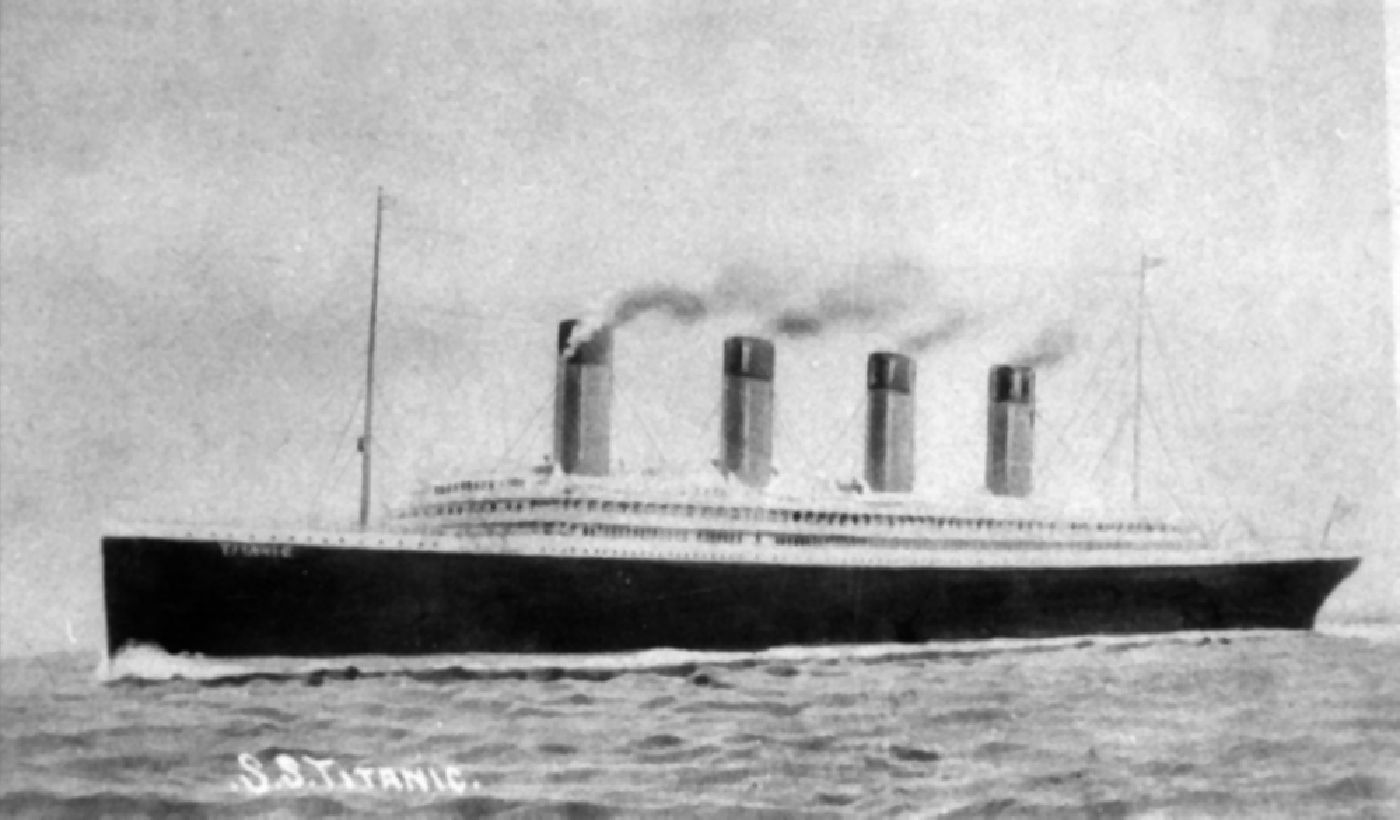 The loss of the White Star Liner RMS Titanic needs no real introduction today - even if you are not old enough to remember it as a point of history at least the epic film of the same name will live on.
It was on its maiden voyage in 1912 when it suffered a glancing blow from an iceberg at around 11:40 p.m. on 14th April 1912 causing some water-tight compartments to be ruptured. At around 2:20 a.m. the following day, 15th April, the ship sank.
Of the 2,228 passengers and crew on board, 1,518 lost their lives. Some four hours later, the RMS Carpathia arrived on the scene and began the grim task of recovering survivors and bodies.

There are some good web sites relating to the Titanic and it was on one of these that it came to light that Week St. Mary had a connection to the disaster.

A Samuel Dennis, 23, born on 17 June 1889 at Treyeo Farm in the North Cornwall parish of Launcells was the son of William Henry Dennis (farmer) and Mary Arabella Dennis (née Sobey). He was the younger brother of Elizabeth, Olive and William. He is known to have had a younger brother also born at Treyeo. By 1894 the family had moved to Leigh Farm, Week St Mary, Cornwall. It was from here that Samuel set out on his fateful journey. Samuel had been encouraged to emigrate to Saskatoon, Saskatchewan, Canada by his relatives Lewis Richard and Owen Harris Braund of nearby Bridgerule, Devon. The Braund's had a relative Leonard Lovell already in Canada and it was to him they were all ultimately travelling on Titanic.

Samuel, with the Braund's, his brother, William Dennis (born in 1886 in the village of Ashbury, Devon) and relatives John Hall Lovell (of Ashbury, Devon) and John Henry Perkin (of Holsworthy, Devon) all embarked Titanic at Southampton after a long train journey from North Cornwall. The party were also accompanied by Miss Susan Webber, a family friend of nearby North Tamerton, Cornwall.

Samuel was travelling in third class and is probable that he shared a cabin with John Lovell. His ticket was likely obtained from the Bude White Star agent, Mr Hawking.

Samuel and William Dennis were both lost in the sinking of RMS Titanic. In some local records the family is listed as Dinnis.

Please check out some of the many web sites for further information regarding not just Titanic but the rescue ships (mainly the Cunard liner 'Carpathia' - which was torpedoed by a German U-Boat in 1918 and sunk with the loss of just 5 men, whilst 215 survived).