On that momentous 3rd of September in 1939 when Mr. Neville Chamberlain, in his broadcast talk, told the British people that they were at war and that it would be evil things they were fighting, how many of his listeners foresaw the very narrow margin by which the perpetrators of that evil were to be held in check?

Thousands of citizens, many of whom had seen service in the war of 1914-18, had no idea that within a very few months they would be carrying on with their normal civilian jobs and at the same time straining all their spare-time energies to fit themselves to fight as part of the armies of Britain to counter an invasion that seemed inevitable.

In the early days of the war, even the Government had deemed it necessary only to provide services to counter the effects of enemy action by bombing from the air and these known in the first instance as A.R.P. services, were purely of a passive nature, and were not equipped or intended in any way to hit back at the enemy; no-one visualised a situation that might need a vast number of the civilian population to stand and fight to repel invasion.

The position changed so quickly, however that when the Hun was over-running the Low Countries and Northern France, Mr. Anthony Eden broadcast an appeal for volunteers to form Local Defence Companies throughout the length and breadth of the land, to ensure that no part of it was left unguarded and so available as an easy target for enemy Airborne Troops.

It is doubtful if anyone, least of all Mr. Eden himself visualised at the time what the response and its effects on the future would be. Before he had ceased broadcasting, Police stations all over the country were being besieged by men all anxious to join the new force, and such a vast number were enrolled, that the question of equipping them became a matter of the first urgency.

The men of North Cornwall were no less eager than those in other parts of the country, and within a very few days of the call, a live organisation was in being. Parties were formed in each parish and night after night every vantage point was manned from dusk till dawn, eager eyes scanned the night sky, and whilst the weapons to hand were, in many cases primitive, there is not the slightest doubt that they would have been used with great determination had it been necessary.

Many were the alarms and excursions of those days, and by those men who shared those early watches, many will be the incidents which will be re-told in years to come. Leadership was vested in those with some knowledge of military matters, and their authority was never questioned, irrespective of the civilian status of the individual members when off duty.

And so the days and weeks went by. It is ancient history now that the invasion did not come but it is fitting to recall the splendid spirit of service which the early volunteers of the Local Defence Volunteers displayed, because it was very largely their example which encouraged an ever-increasing stream of recruits to join, and so in due course caused the whole organisation to be remoulded on more military lines, and become embodied in what has since been known as "The Home Guard." 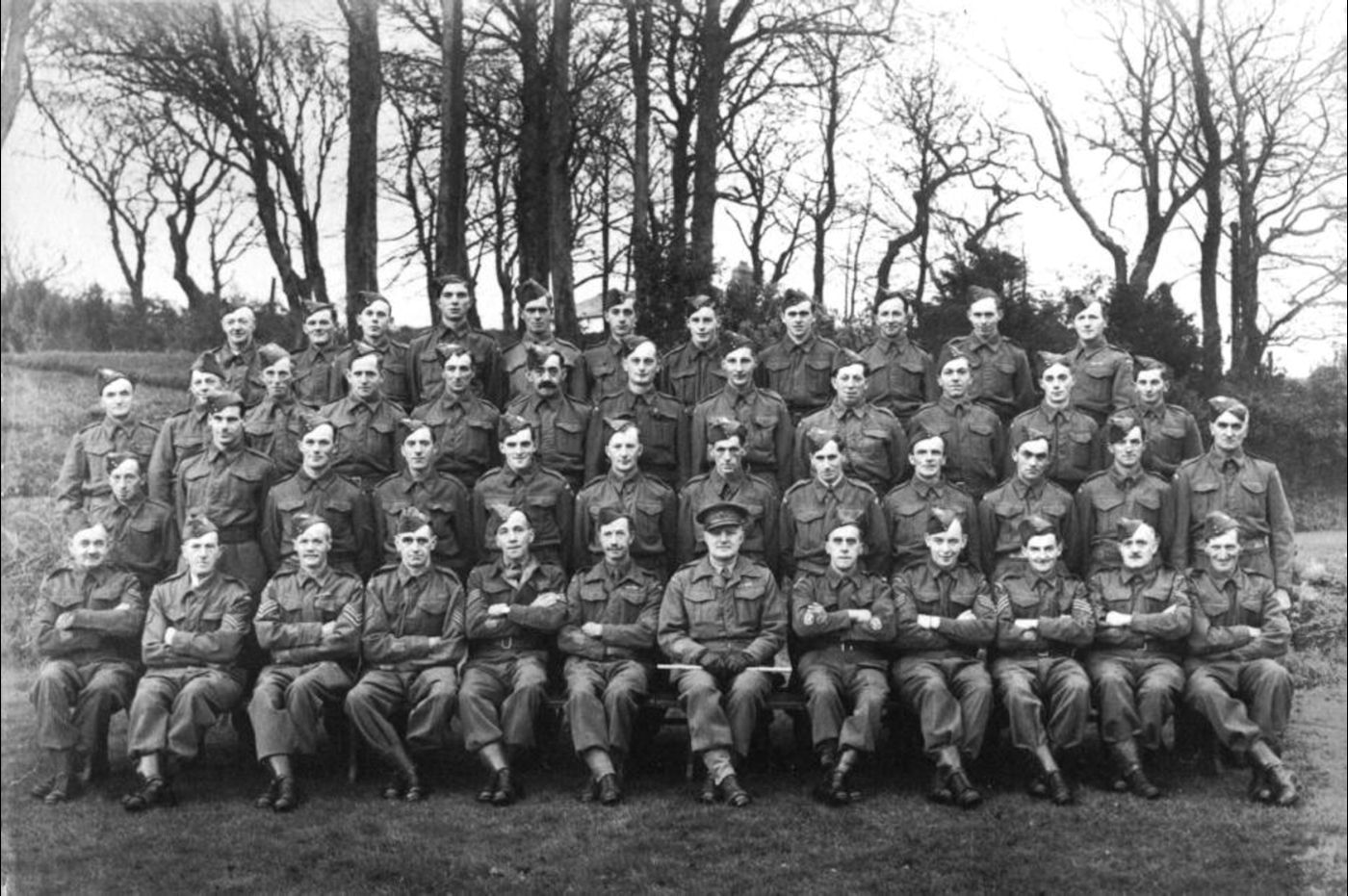 This change of status was not effected without a certain amount of criticism, both from within and without. One contention was that it was not necessary or desirable to give to the officer and Non-commissioned ranks, titles equivalent to those of the regular services, but the significant feature of this was that the highest military authorities had been quick to appreciate the potential value of the spirit of service exemplified by all members of the force and had decided to take advantage of it.

Quite apart from the value of such a vast force, as it had by now become, from a tactical point of view, there was also the fact that many members were in due course called to service in the regular army, and without exception they found the preliminary training they had received invaluable.

A point that cannot be stressed too frequently in connection with the Home Guard, and also with its sister services of a part-time nature, is the very remarkable fact that, no member officer or man has been paid for his services, and when the amount of time put in by all ranks is taken into full account a wonderful picture of self-sacrifice is presented. The more so in the case of the officers entrusted with the higher ranks, and therefore with added responsibility.

It is true in the later stages they have had the assistance of full time regular officers and instructors all of whom have been of tremendous help, but it should never be forgotten by the public, that, the raising and maintenance of this magnificent second line army has been possible only because of the readiness of men in every town and every remote country parish to accept the burden of leadership, often at great inconvenience and in many cases to the detriment of their own personal affairs.

Where so many have done so well it would be invidious to select a few for special mention, and really there is no need because they are already well-known in their own areas from the work they have done, and in many cases well beyond these areas.

Now that the time has come for the "standing down" many of its members are wondering and discussing how best the fine tradition that has been established can be carried on. Many hold the view that, the spirit of mutual service which has been inculcated within communities, both large and small, is bound to be an influence for the greatest good when the problems of peace confront us. May this prove to be the case.

The Home Guard, originally the Local Defence Volunteers, was set up in May 1940 to defend the Home Front and to assist in the repelling of any invasion. The Home Guard was never tested by an invasion and it operated under inevitable constraints. However, it made an important contribution to the defence of the British Isles. The Home Guard was instructed to "stand down" at the end of 1944.

War time air raids brought death, destruction and disruption. 60,595 civilians died as a result of enemy action in the United Kingdom. Streets were subject to lighting restrictions - the blackout.

Volunteers needed to be trained in civil defence duties. These included fire-fighting, first aid and ambulance driving. Civilians were instructed in how to protect themselves against poison gas attack and issued with gas masks, which they were encouraged to carry on all journeys.

During the course of researching for the book on "Week St. Mary Village, a community at large", it came to light that an aircraft had crashed near Week Orchard, however, talking to Reg Risdon, of Bowdah, there were actually two aircraft that met their end in our local area of the Cornish countryside.

The details of these 2 aircraft were revealed by some detective work conducted by Michael Croft of Maidenhead. He was staying at Bowdah and became excited by the story and the collection of 'bits' as souvenirs.

Michael wrote to Reg in 1985 with these details:-

The first aircraft was a P47 Thunderbolt, from the U.S.A.A.F., 353rd Fighter Group, based at Metfield, Suffolk, but operating from Thorney Island, on 15th September 1943, piloted by Captain Durlin. The aircraft apparently ran out of fuel forcing Captain Durlin to bail out. He landed safely before the aircraft crashed.

The second aircraft to crash, at Bowdah, was a Typhoon JB431 from 183 Sqdn. On a training flight the aircraft suffered engine failure and after circling for a while (including clipping the tops of some trees), failed to land in big field and was forced to land in a short field occupied with sheep.

Despite the loss of some of the flock, the aircraft slid across the ground, coming to rest against the far hedge. The pilot, Flight Sergeant W. F. Tollworthy R.A.F.V.R. was only slightly injured and by the time help arrived from the farm, had managed to climb from the wreckage.