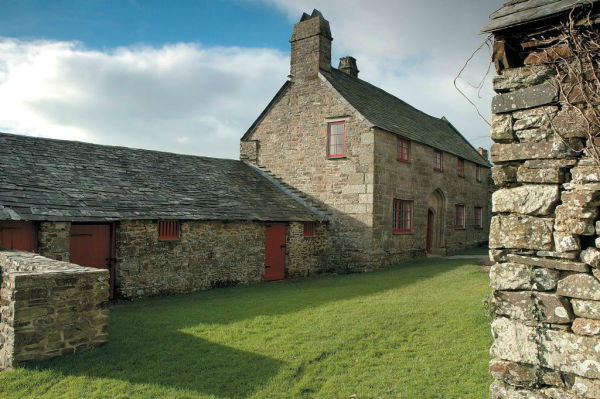 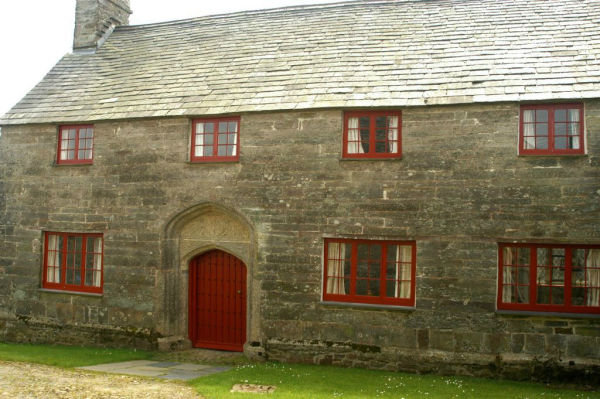 The College is so called because it was originally a free school, one of the earliest in England to be founded by a woman. The building was originally part of an endowment by Dame Thomasine Percival - the widow of Sir John Percival, who was Lord Mayor of London in 1498. Thomasine, whose maiden name was Bonaventure, was born in the village of Week St Mary in 1450. The story of how she first married Richard Bunsby, a wool merchant from London, and then further improved her position and fortune by two later marriages has been told by many Cornish writers, including Parson Hawker of Coombe association. Lady Percival must have been an unusual woman of her time, because soon after the death of her third husband in 1504, she returned to the village to devote the remainder of her life to charitable work in the neighbourhood.

In 1506 she founded a school, appointing her cousin John Dinham of Wortham to oversee the building work and when she died, she left the school and a chantry to John’s discretion. She also settled a stipend for the schoolmaster, who was to be a graduate of Oxford or Cambridge and to pray for her soul in the parish church of St Mary.

The Commissioners of 1546 assigned to enquire into chantries, hospitals, colleges, free chapels, etc. reported that "that ye sayde Chauntrye is a great comfort to all ye countries, for yt they yt lyst may sett their children to borde there and have them taught freely, for ye wch purpose there is an house and offices appointed by the foundation accordingly".

Unfortunately two years later another Commission reported that the school at St Mary Week was "now yn decaye ..." and this was followed with a declaration by the Lord Protector Somerset that the school should be moved to Launceston.

We will never really know what happened to turn, within a few years, a flourishing school which was serving the local community well, into such an unwanted and unmanageable liability that its assets had to be transferred to the similar foundation of the adjoining town.

From 1549-1725 the buildings were owned by the Prideau family, who sold them in the early 18th century to Thomas Pitt, first Lord Londonderry, and a first cousin to the Earl of Chatham. His sister Lucy married the first Earl of Stanhope, one of the most distinguished soldiers in the reign of Queen Anne, and the property came through her to the Stanhopes. The 7th Earl of Stanhope sold it in 1910, together with his Holsworthy estate. Mr Colwill from whom the Landmark Trust bought it, had lived at the College all his life, and so had two generations of the Colwills before him.

The buildings of the former College were gradually pillaged to provide building materials for other village buildings - dressed granite jambs, heads and tympani can be seen built into the walls of many neighbouring cottages, although enough survives of the College to give us some idea of the imposing group which stood on the site in the reign of Edward VI. The granite dressings of the windows, with the slightly ogee form of the head of the lights and the arch of the porch doorway, are markedly similar to those at Wortham Manor and there are other details which suggest that the same designer and craftsman were used on the two buildings, possibly under the direction of John Dinham. The granite plinth with the single course of dressed ashlar in brown sandstone immediately above it and the remainder of the walls in coursed freestone, tympanum over the entrance doorway, the stair turret with its granite quatrefoil window and the lintel of the chimney piece are all features which can be seen in the house that John Dinham was enlarging simultaneously at Wortham.

Unfortunately there nothing remains to suggest the form of the Tudor roof, floor beams and screen of the original building, but it is probable that they were similar to those at Wortham, Trecarrell and Cotehele, all buildings in the locality which were extended at the end of the 15th century or beginning of the next. The present roof trusses are of rough carpentry which the builders always intended to conceal above the ceiling. It is probable that the first floor was inserted and the roof replaced in the late 17th or early eighteenth century when the windows on the north elevation were also changed to wood casements and a culm oven built into the medieval fireplace.

Landmark removed the more recent partitions and staircase. The first floor was replaced slightly below the 17th century level because the original turret stairs were dangerously steep and so it was necessary to lower the landing. The roof was relaid in salvaged rag slates to continue the colour, texture and scale of other roofs on the neighbourhood.

Originally the College was the central building in a large courtyard. You entered it from the North, ahead of the present front door. In the courtyard was the well, which is contemporary with the house; to your right as you came in you would have seen the castellated wall much the same as it is now, though it was then rather longer. On either side of the door there would have been gothic windows like the ones in the south wall; probably two to the right and several to the left, because the school building extended considerably further to the left than it does now and would have joined up with the west side of the courtyard, where there is now nothing but a farm gate.

The castellated wall has been repointed but not otherwise changed. The little door may perhaps have been the entrance to some very steep stairs leading to the school bell at the top of the wall; but this is by no means certain. One of the stones in the doorway has been dressed the wrong way round; perhaps it came from somewhere else.

The sitting room is the old schoolroom. Originally it was open to the roof. Mr Pearn describes in his paper the changes that were made in about 1700, at the same time as the north wall was rebuilt. The ceiling that was then put in cut across the tops of the gothic windows, and in order to avoid this the present ceiling has been made to slope upwards in front of them. The window on the north side furthest from the door was blocked up when Landmark took over. The fireplace has been restored to its original shape. Above the fireplace is a relieving arch, very typical of early houses in the area.

The floor is 2" lower than it was originally, as can be seen if you look at the mouldings at the base of the original doorway onto the stairs. The fireplace is a 19th century one in the gothic style, replacing an undistinguished modern one.

This was originally extremely steep; probably it led to a first floor dormitory above the present kitchen. In order to use it, it had to be rebuilt less steeply; hence the door high up in the wall on the first floor and the little landing.

• We are grateful to the Landmark Trust for the above article. www.landmarktrust.org.uk
• The College is available for holidays for up to 5 people throughout the year.  The rental income pays for the buildings on-going maintenance. For further information please contact the Landmark Trust using the above link.