The World War One Exhibition (July 26-28th 2014) organised by Linda Cobbledick and David Martin with assistance from Hilda Axford and the co-operation of the churchwardens, not to mention those who volunteered as 'door people' and the 'tea ladies', without whom the weekend couldn't have functioned, was a marvellous success. Designed by Judith Taylor, the wartime 'trench' around the font and the altar flower display were particularly admired. The Adventure Church Children placed a large number of poppies near the entrance to the church and around the main church door, helping to set the scene inside.

Thanks must also go to Rev Canon Rob Dickenson and his colleagues from the Methodist Church who jointly served up an excellent special commemorative service on the Sunday morning - full of emotion, passion and in conjunction with readings from the bible, we heard extracts from verses relating to the battlefield. The service finished with a casual service at the war memorial where, after the names of the fallen were read out, three small posies of flowers were laid.

The church was well-decorated with hundreds of items covering such topics as all the animals involved during the war (which included the loss of over 8 million horses!), various articles on famous women and nursing 'angels' and particularly a stand on Rex Warneford; awarded the Victoria Cross by the King in an unprecedented manner - he sent a telegram saying "I most heartily congratulate you upon your splendid achievement of yesterday, in which you, single-handed, destroyed an enemy Zeppelin. I have much pleasure in awarding you the Victoria Cross for this gallant act. - George R.I."

Rex Warneford was also awared the Légion d'honneur but sadly, just 10 days after his gallant act he, and an American passenger, were tragically killed when the wing of the aircraft collapsed. Such was the importance to the nation the Government ordered that his body be returned to England where a funeral attracted many thousands of mourners.

Over 35 local people kindly contributed to the exhibition by lending many precious photographs, artefacts, medals and buttons, horses teeth, stirrups and spurs. Many personal documents were on display which in many cases showed the result of their injuries or even their ultimate sacrifice!

As a result of the refreshments sold and the donations given, the magnificent sum of £900 was raised, to be shared between the parish church and "Combat Stress" one of the oldest charities started after the end of WW1 and still treating many sufferers from modern day conflicts. 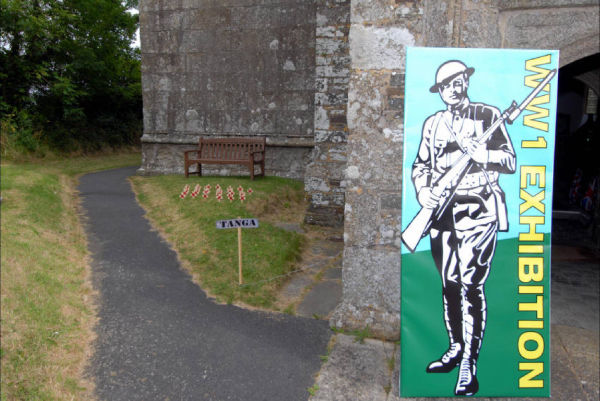 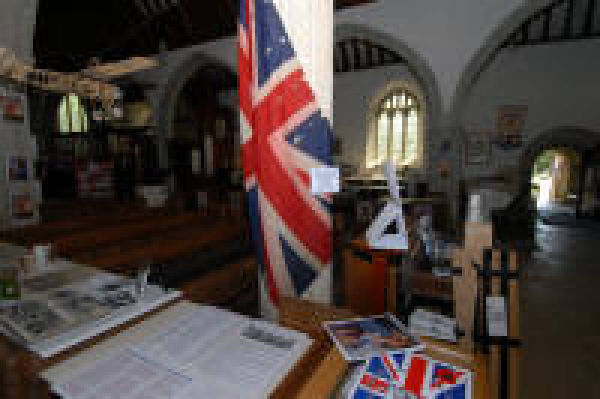 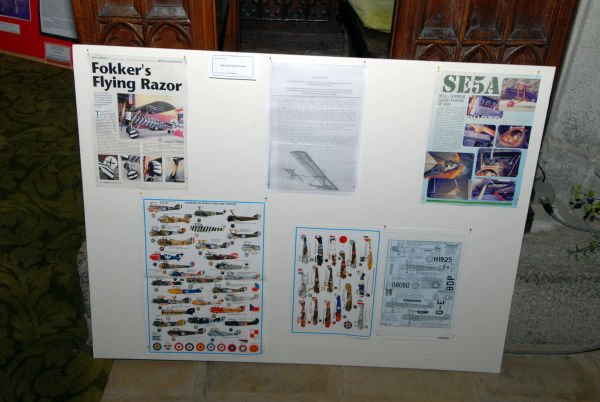 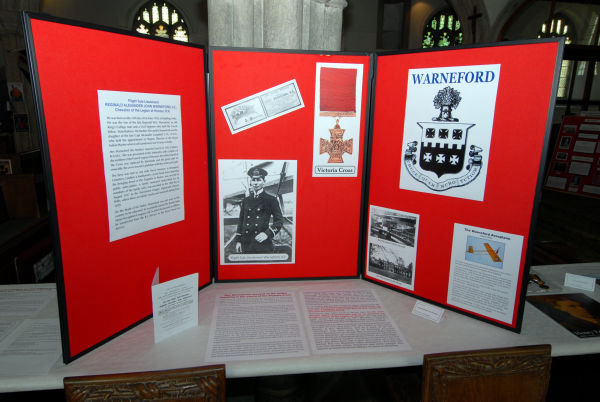